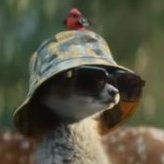 By Tassifox, March 13 in Anime & Manga